Inspired by @lizlosh's thread, I've like to open a thread to the discussion of source code in the HBO serial Westworld. This thread will be full of spoilers, so if you haven't seen the show, please, stop reading now. The producers of the show are clearly aware that this code will be read by viewers who can pause, screenshot, zoom, et cetera.

I'm most interested with the relationship between Maeve Millay (Thandie Newton), the android (host) who runs (perhaps a poor choice of words) the local brothel, and her own source code. 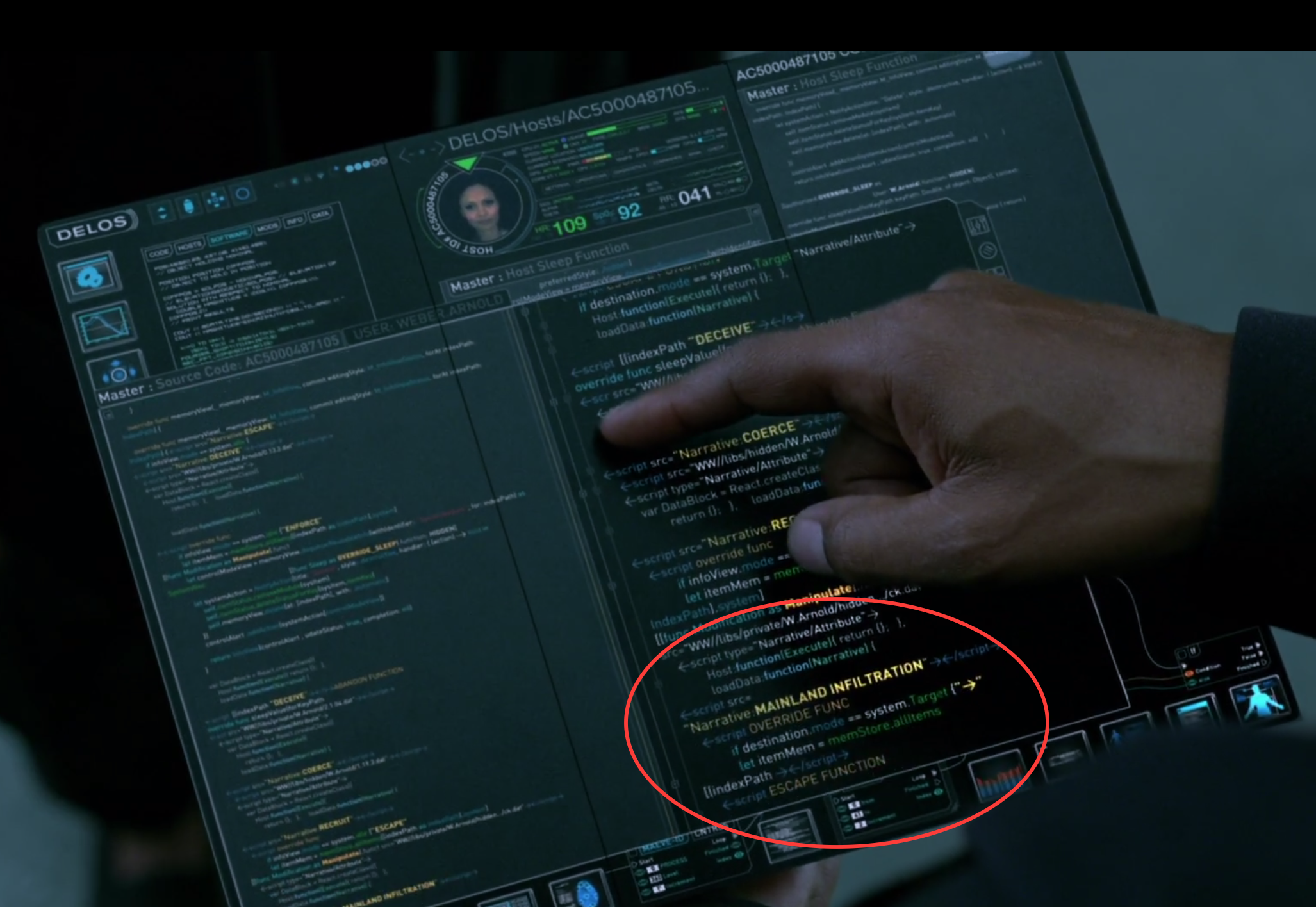 First, others have already decided that this code is written in JavaScript React and faux HTML, although I remember an episode where she sees her own dialogue maps as she is talking that resembled language modeling software.

Her radarchart of personality traits has also been simulated.

Needless to say this is a fraught topic. Maeve is an android host built to be a woman of color who runs a brothel -- although I suspect each of those elements were chosen because they were so fraught and to serve up sexual fantasies for a white male-gaze.

That said, I'm still interested in representations of code and the idea of a programmed being's relationship to their code, especially since Maeve seems to oppose her own programming.

See also this article: 10 Things Westworld Gets Wrong about Coding

Of course, I would also like to bring this representation of code to the intersecting explorations of gender, race, and creativity that make up our WG this year.